People who plan to get a job after graduation or who currently have a job.


Purpose:  To explain that overtime work decrease productivity and quality of life.


In Korea, people traditionally regarded night overtime as a criterion of diligence. Workers tried to attract their boss’s attention through night time work. There was usually no ‘Dinner or weekend with family’


It has been found that the work-life balance of the Korean people is the lowest level in the OECD In 2012, each waged Korean employee worked for 2,092 hours, which was 420 hours more than the OECD average. The numbers were 1,765 for Japanese workers, and 1,334 for the Dutch. Meanwhile, the labor productivity per working hour was US$30.4 as of the end of 2012, whereas the OCED average was US$ 47.00 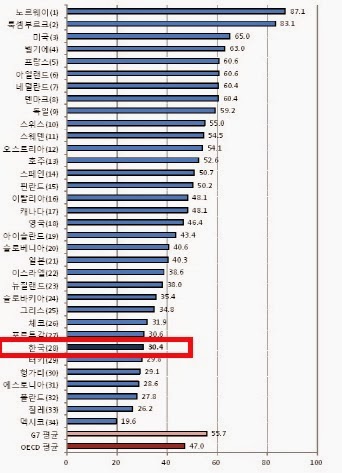 
There were some good points of long time work. It used to hold the company members together and make them feel a sense of belonging. Apart from the matter of productivity, the work culture of Korea contributed to deeper unity of organization, which played a big part in the fast development in 1970-80s.


But the bad points are much more than those.


First, despite their long work time, the productivity has been low. The overtime work is usually not for the contribution for company but for their bosses. As they regard night overtime work as natural, they feel no need to work diligently during the official work time. That is the reason why productivity is low.
Second, as the fatigue is accumulated, they become less motivated and hard to search for more creative ways. So they are apt to the same methods as before which makes no progress. Working overtime is unsustainable only in very short term. And working a lot of overtime creates a level of burnout that sets in far sooner and is far more acute and requires much more to fix than most bosses think it does. 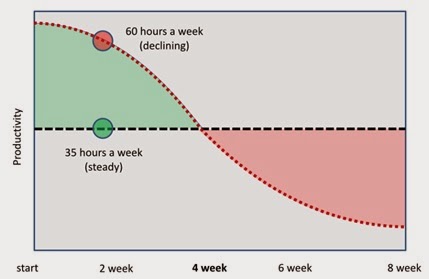 As this graph shows,
as long work time continues
for many weeks,
the productivity is declining.
This video is telling that working more hours doesn't always mean producing more
Third, Relation with family is worsening because they have less time to spend with them. The lack of conversation and unconcern for family because of work can cause family discord. 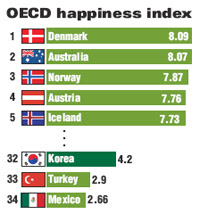 Fourth, it becomes hard to maintain work life balance. Everyone needs to keep the balance because that is closely related to the quality of life and happiness. Valuable things such as spending time with family and friends, doing self development or having meaningful     conversation are need as human being. As Korean workers cannot keep the balance, they have one of the lowest degrees of happiness in OECD countries.

I think that Korea should change its ‘success formula’ which is overtime work for boss’s attention. Because fixed closing hour can raise the degree of concentration during work time and organization competitive power. And that will bring much change into the way of living of people.
Almost every work place of Korea has too much drinking parties, it is not helpful for work or even relationship between members because there are usually no honest talks. 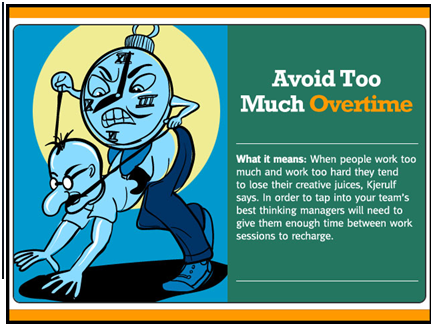 Second, What I want to emphasize is that the purpose of people’s working is not working itself. Workers and young applicants need to reconsider the ultimate objective of life.

In this video I prepared, a man says “If I start sacrificing my family, I start being less human. I start being less of the person God called me to be. And I believe I bring less of  my real self to my role.(~) That responsibility of holding onto my family has the place where I’m really known for being who I am and being myself there ”


Koreans were proud of their diligence which lead to the high speed growth but now they are agonize over the way to happiness. Many 1970, 80 generation people who had less conversation with their child, are now confused of about their identity and role.

So I think we had better do reconsider our way of working and living.